Huntington’s Writers Can Read an example for showcasing authors 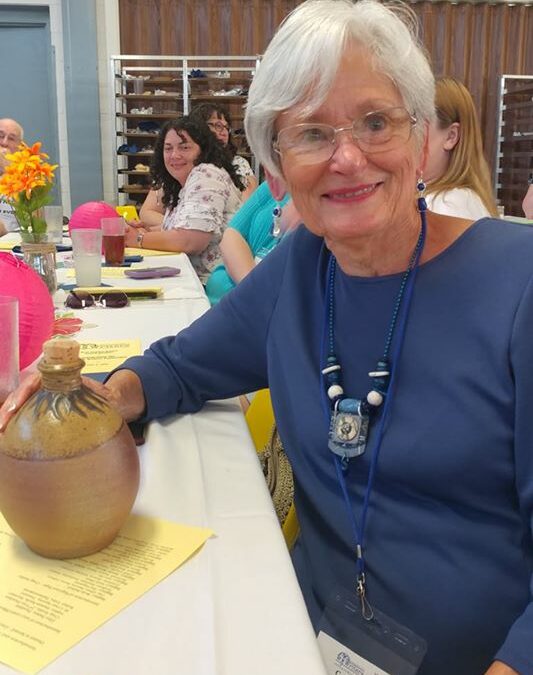 If you’re part of a writing community that’s searching for a way to highlight its authors, there’s no better model than Writers Can Read in Huntington, W.Va.

The third Monday evening of each month, WCR convenes at Inner Geek book store on downtown Huntington’s Pullman Plaza. WCR offers from two to three published authors who read from their works of fiction, nonfiction, or poetry, and engage in a Q&A session with audience members. The evenings usually conclude with readings from Open Mic contributors.

WCR and the Inner Geek provide a cozy environment that gives authors an opportunity to share their work with readers.

WCR got its start nearly six years ago when authors Eliot Parker and Carter Taylor Seaton settled on an innovative idea: Why not provide a venue to showcase the talents of local and regional authors and add to the mix a format to include readers? Eliot and Carter teamed with Empire Books (Inner Geeks’ predecessor) and WCR was the result. Since its inception, WCR has benefited authors, and the public that enjoys their work.

Carter took on responsibility for WCR when Eliot departed last summer for the University of Mississippi and a new teaching position. A novelist of immense talent and creativity, Eliot left behind many friends in the literary community across the region and the state. He also left the WCR legacy.

“There’s no better place for readers and writers alike to hear from the works of acclaimed regional writers,” says Carter. “Imagine hearing the words of Crystal Wilkinson straight from her mouth. Or the latest from Pulitzer Prize nominee Lee Martin. That’s the quality of featured authors Writers Can Read brings to the Tri-State Area every month.”

Dec. 16’s WCR is an example of Carter’s efforts. Songwriter/storyteller Pete Kosky of South Charleston and author Rhonda Browning White, formerly of Spanishburg, W.Va., and currently a Daytona Beach, Fla., area resident, were featured authors and read from their outstanding collections of short stories. Rhonda’s offerings were from “The Lightness of Water and Other Stories” (www.press53.com) while Pete shared stories from “Mountain Tales II” (www.mountainstatepress.org) and brought along his guitar to introduce one of the yarns. Eric Ellis, a nurse at Huntington’s Veterans Administration Medical Center, wrapped up the readings with a selection of his poetry during the Open Mic part of the evening.

Along with her enthusiasm, Carter brings a long list of literary accomplishments to WCR. She’s the author of two novels, “Father’s Troubles” and “amo, amas, amat … an unconventional love story,” numerous magazine articles, several essays and short stories, the nonfiction work “Hippie Homesteaders,” and a biography of the late West Virginia Congressman Ken Hechler, “The Rebel in the Red Jeep.” She graduated from Marshall University in 1982 and holds a Tamarack Foundation Fellowship Award for Lifetime Achievement in the Arts. The West Virginia Library Association honored her with the 2014 WVLA Literary Merit Award. In 2016, she received the Governor’s Award for Lifetime Achievement in the Arts. A native of Huntington, she and her husband Richard Cobb, who can usually be found in the first row of attendees at WCR, are the housemates of their dog, Sadie. Carter has four adult grandchildren, four great-grandchildren, and ran three marathons after the age of 50.

WCR is, indeed, an amazing resource for writers and lovers of their efforts. Consider sitting in on one of the events in the New Year. Chances are you’ll come back for more.

And if you live in a community that lacks a WCR enterprise, think about starting one.